Harry Potter and the Prisoner of Azkaban by Joanne Rowling 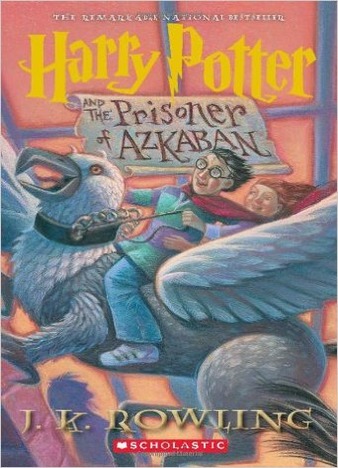 The first two books about Harry Potter are perceived as one unit, so they are similar in spirit and meaning. As for “Prisoner of Azkaban“, then priorities start to shift a little – careless magic gradually fades into the background, the narration focuses on the theme of family Harry, his parents died, and mysterious events of thirteen years ago related to the Potters and Volan de mort.

However, changes in the direction of the depth and seriousness of the narrative occur very smoothly. The structure of the novel is still the same as in the previous parts. The Dursleys ‘ house, and platform 9 and 3/4, weekday training, quidich, mysteries and powerful interchange with the gradual unwinding of the coil of this epic story. A lot of attention is paid to play in quidich where Potter becomes megaproductions, the more that the unknown well-wisher gives Harry a broom sporting the latest model. To the great sadness of Draco Malfoy.

Along with training routine the entire Hogwarts is in tension due to the fact that out of Azkaban escaped a dangerous murderer Sirius black. Around Hogwarts on duty hundreds of Dementors, mysterious creatures from Azkaban, feeding on any human positive emotions.

The denouement, of course, unexpected, once again talking about how everything is ambiguous in the magical world of Rowling. Friends are among those who was considered an enemy, and a beloved pet turns out to be an evil werewolf. In this book Harry is showing a lot more emotion than before, Ron and Hermione fight and make peace, before the heroes often faced with a difficult moral choice.

The book gradually Matures. However, the novel is still written using the same template – home, school, secret, isolated house. This does not prevent, since the meaning is quite justified.

And while the series is read smartly and provocatively, and may be considered as a model of youthful magic fantasy!

Post Views: 1,799
Harry Potter and the Goblet of Fire by Joanne Rowling
The Poison Belt by Sir Arthur Conan Doyle