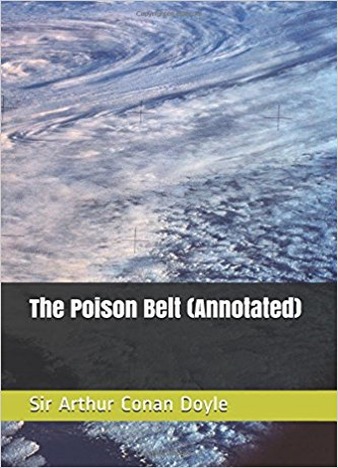 The book “the Poisoned belt” is an interesting fantasy novel by A. K. Doyle. The book is a sequel to the famous “the Lost world”. One of the first books of catastrophes, during which the characters talk about humanity, life and death, and much more.

Its essence is that Professor Challenger has predicted the end of the world, he warned all of humanity that soon the Earth will fall into a “poison belt” and all living things come to an end.

Sensational prediction, of course, no one believed. But a scientist — he’s not an ordinary man. Challenger has decided to conduct an experiment: to see the death of humanity with his own eyes and invites the spectacle of their buddies.

The journalist Edward Malone, Lord John rokston and Professor Summerlee receive a strange telegram from Professor Challenger with a request to bring oxygen. Not surprised at such a message from an eccentric Professor, every fulfilled order.

In the place of the Challenger briefly explained how I learned about the dangers facing the planet, and also that he intends in their company to observe the end of the world from a sealed room. But a blessing or a nightmare will result in the survival (and perhaps delayed death) in a deserted world?