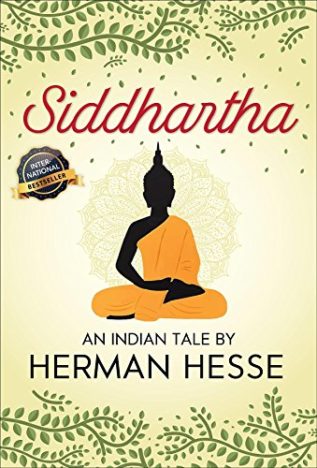 The novel “Siddhartha” Herman Hesse wrote after visiting India, Indonesia and Sri Lanka, where the author went to join the Eastern wisdom. The author is so imbued with the Indian flavor that I’ve written a novel-parable “Siddhartha”. This book is about the search. About finding yourself, your purpose, your role, which you will certainly have to play in this world. Frame of the novel is the story of Siddhartha, a young brahmin, who in the future had to take his father’s place in the caste (the chief priest).

But the young brāhmaṇa started on the path of doubt and hesitation in its purpose. Could he be the chief priest of the caste, if he has doubts of faith? Together with his friend Govinda, Siddhartha goes in search of his “I”. They stick to the camp of ascetics-samanov. But Siddhartha does not find here, calm and attached to worldly life and the art of love, making money, dice game and trade goods in the city. Renouncing the life of the ascetic and the Buddha’s teachings, the hero meets a courtesan Kamala, and the things of the world fills the inner world of Siddhartha. All the wisdom attained from samanov, is evaporated from the consciousness of the hero.

Hesse questioned the expediency and the reason such a purely “theoretical” wisdom. Still wins the stomach, the body and the vices (greed, greed, sex and pleasure). But in what way is Siddhartha? In a circle? In a spiral, which gradually will lead the hero to the top of the universe, however, throwing the hero out of light into darkness? Siddhartha is constantly in search of.

But maybe it’s time to understand the findings? Maybe what he has found is his prey? The characters of the book very difficult. All of them (Siddhartha, Govinda, Kamala, and Vasudeva) is taken from Indian mythology have their prototypes. The characters are revealed through their actions and judgments. You can clearly feel the author’s fascination with psychoanalysis. He literally “dissect” characters, deeply immersed in the psychology of their actions.