The Minds of Billy Milligan by Daniel Keyes 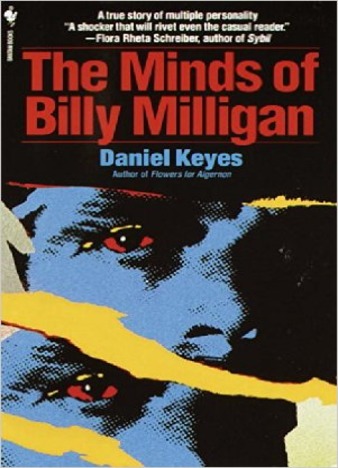 The Minds of Billy Milligan by Daniel Keyes Synopsis

In the 70s of the twentieth century, the issue of multiple personalities have already been extensively studied, people have successfully cured. But before Billy was arrested on charges of rape and robbery, and placed under the attention of experts, the medicine is not faced with so many personalities in one person. In Billy was twenty-four. Twenty-four do not like each other character. Twenty-four manners, way of life.

Completely unrealistic even begin to try to put yourself in his place, but no less difficult to imagine how the conversation with him; imagine the endless change of personalities, not always predictable reaction every time unique habits. The inner world of each person is unique and complicated structure, but the inner world of Billy is an absolute space. It is frightening, fascinating, addictive.

It is transferable, extremely interesting! Of course, Milligan was not born that way. The cause of the collapse of his personality became severe psychological and physical trauma received in childhood. Once, in a moment when it became unbearable, the boy Billy broke into many pieces, and his whole life is defined by that terrible second. The society formed in his head, then fell into anarchy, then somehow organize themselves. Personality followed one another, Billy is the same, most of the time just slept and woke up and immediately tried to commit suicide. And it can hardly be blamed for it. What’s amazing about him is the level of intelligence.

Despite the fact that the test rates each of the personalities were different, the brain they got in common, and thereby the brain of Billy, who, it would seem, and has not achieved anything in his unusual life, managed to master mathematics, physics, medicine, Arabic language, he was versed in electronics and weapons, playing the saxophone and drums, cooked, wrote poetry and painted beautiful paintings.

Without a doubt, William Milligan was a criminal, but most of the people who knew him personally, he evoked sympathy and a desire to help. Of course, many in society have been tuned to be negative and even aggressive. People wanted treatment, and retaliation.

Flowers for Algernon by Daniel Keyes
Fahrenheit 451- By: Ray Bradbury